Stand Atlantic IS SOLD OUT

Bookings for this event are now closed.

The only way to float, STAND ATLANTIC have learned, is to shed the secrets weighing them down. On SKINNY DIPPING, their debut full-length for Hopeless Records, the Sydney, Australia-based pop-rock trio strip down to their souls and hide nothing.

Due out October 26, 2018, the album follows Sidewinder, Stand Atlantic's 2017 EP that launched singer/guitarist Bonnie Fraser, guitarist David Potter and drummer Jonno Panichi from Aussie locals to one of the most exciting bands in the underground.

The group's blend of hard-charged rock and soaring pop melodies has earned them a home on international tours with the likes of New Found Glory, Neck Deep and State Champs – and critical accolades like a "Best International Breakthrough Band" nomination at the 2018 Heavy Music Awards and inclusion in Kerrang's highly coveted Hottest Bands of 2018.

Now, Skinny Dipping is poised to build on that success and take them even further. The unfiltered honesty of the album's 10 tracks showcases an emotional maturity beyond Stand Atlantic's collective years, a keen sense of self-awareness and desire to be unconditionally authentic even when – and perhaps especially when – it breaks their hearts. 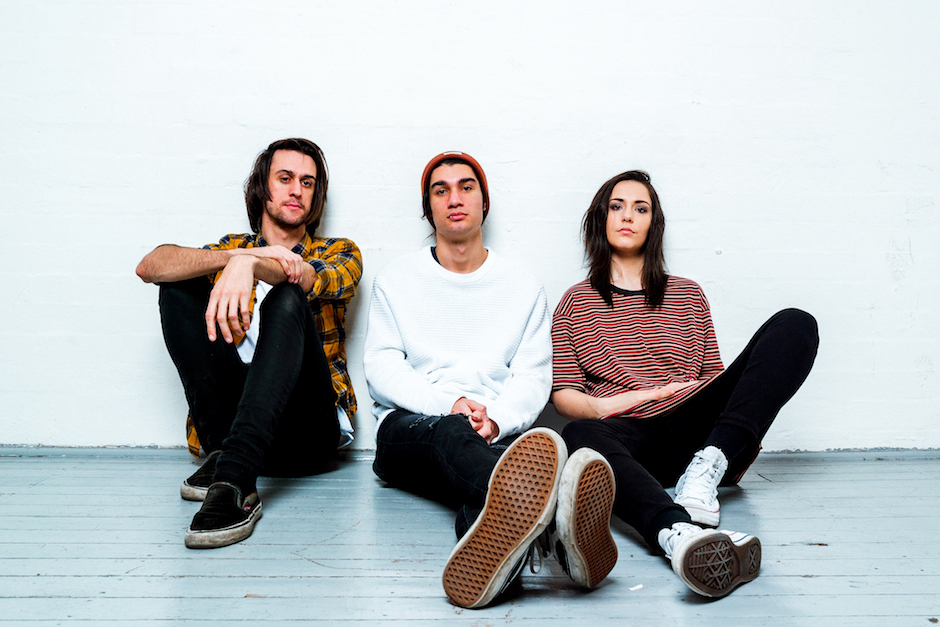 * Price is in AUD and includes booking fees.

Stand Atlantic @ THE LANSDOWNE
WHEN - Fri 25 January, 2019 @ 8:00PM
WHERE - THE LANSDOWNE, 2-6 City Road
Chippendale, New South Wales
VIEW MAP
QUICK LINKS
Please click the button that best works with your enquiry from the options below

Please wait while we search available tickets.
Tickets are not secured until payment is made.

The time limit gives all fans a fair shot at tickets.